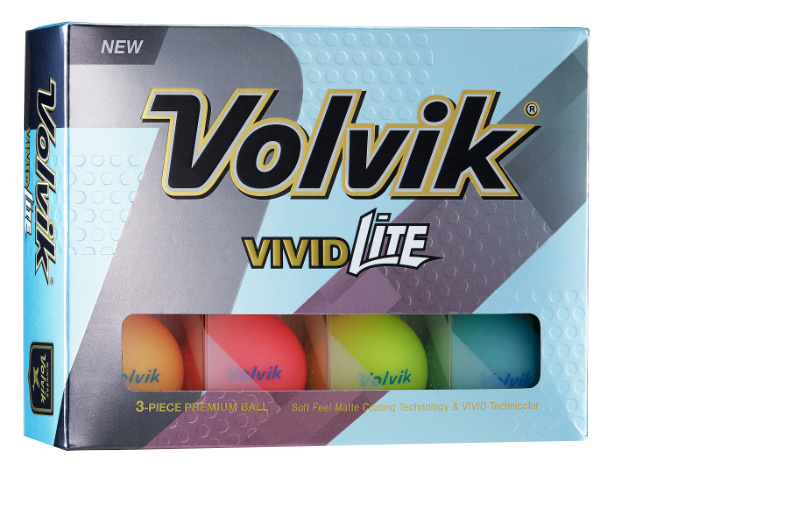 The VIVID Lite is a true multi-performance golf ball. It offers golfers with a clubhead speed between 50-80 mph a mid-high trajectory and improved visibility – resulting in  straighter ball flight and accurate dispersion off the tee. The 85 compression ball features 322 dimples and also provides mid-high spin to attack the flag and achieve complete control around the green. 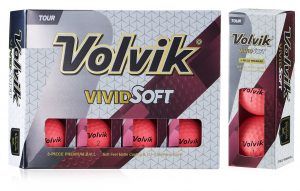 The VIVID Soft is an ultra-soft golf ball designed for players with swing speeds between 75-95 mph looking for more shot control. The powerful spin rate enables golfers to shape their shots with exceptional accuracy and a perfect mid-high ball flight trajectory. The 70 compression ball features a VU-X Urethane Cover with 336 dimples, as well as the Soft Feel Coating to create a stable putting feel.

“The VIVID golf ball has accounted for almost 80% of Volvik sales that have gone well past the million mark in the UK since March last year,” said Nigel Freemantle, Managing Director of Brand Fusion International, the company distributing Volvik balls in the UK.

“The Lite and Soft lines offer something completely different to the existing VIVID ball, giving players more feel and a lot more spin, as well as the benefit of greater visibility on the course due to the latest distinctive matte finish,” he added.

The new VIVD Lite and VIVID Soft balls join the present Volvik range of VIVID matte-finished balls, composed of the original VIVID and the VIVID XT, designed with low ball spin for extreme power and distance and used by professionals competing in the World Long Drive Championship.

The full line up of VIVID balls are available from next month at the following RRP’s: