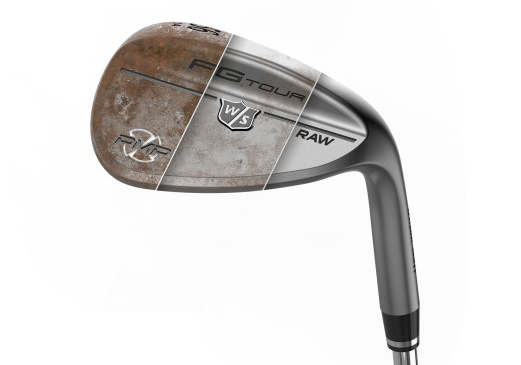 Wilson Golf, the brand with more Major wins with its wedges than any other (82), has added a ‘rusty’ model to its latest line-up of wedges based on the soft 8620 Carbon Steel used on its popular FG Tour V6 irons.

The Wilson Staff FG Tour PMP – RAW finish wedge incorporates the same head shape as the existing Oil Can and Tour Frosted PMP models, but since the RAW version is not plated it will rust over a period of time for a classic look.

More than 18 players had a PMP wedge in the bag on the PGA and European Tours this season. Following extensive feedback from these Wilson Advisory Staff members, the same 8620 Carbon Steel has been used in the RAW finish, producing a softer feel and more spin, while reducing any glare.

“Even though it’s been 25-years since the first ‘rusty’ wedge, we see an exciting future mixing classic looks with modern technology,” said Jon Pergande, Global Innovation Manager at Wilson Golf. “Wilson Staff has great heritage in wedges in general, not only with its record number of Major wins, but working with Gene Sarazen back in 1933, the man known as the inventor of the modern sand wedge.

“Our latest research on Tour has convinced us to use the RAW material as it produces excellent performance and creates the vintage look,” he added.

The wedges come fitted with a KBS Hi-Rev 2.0 wedge shaft that features an active tip section for a higher ball flight, plus more spin for added stopping power and accuracy.