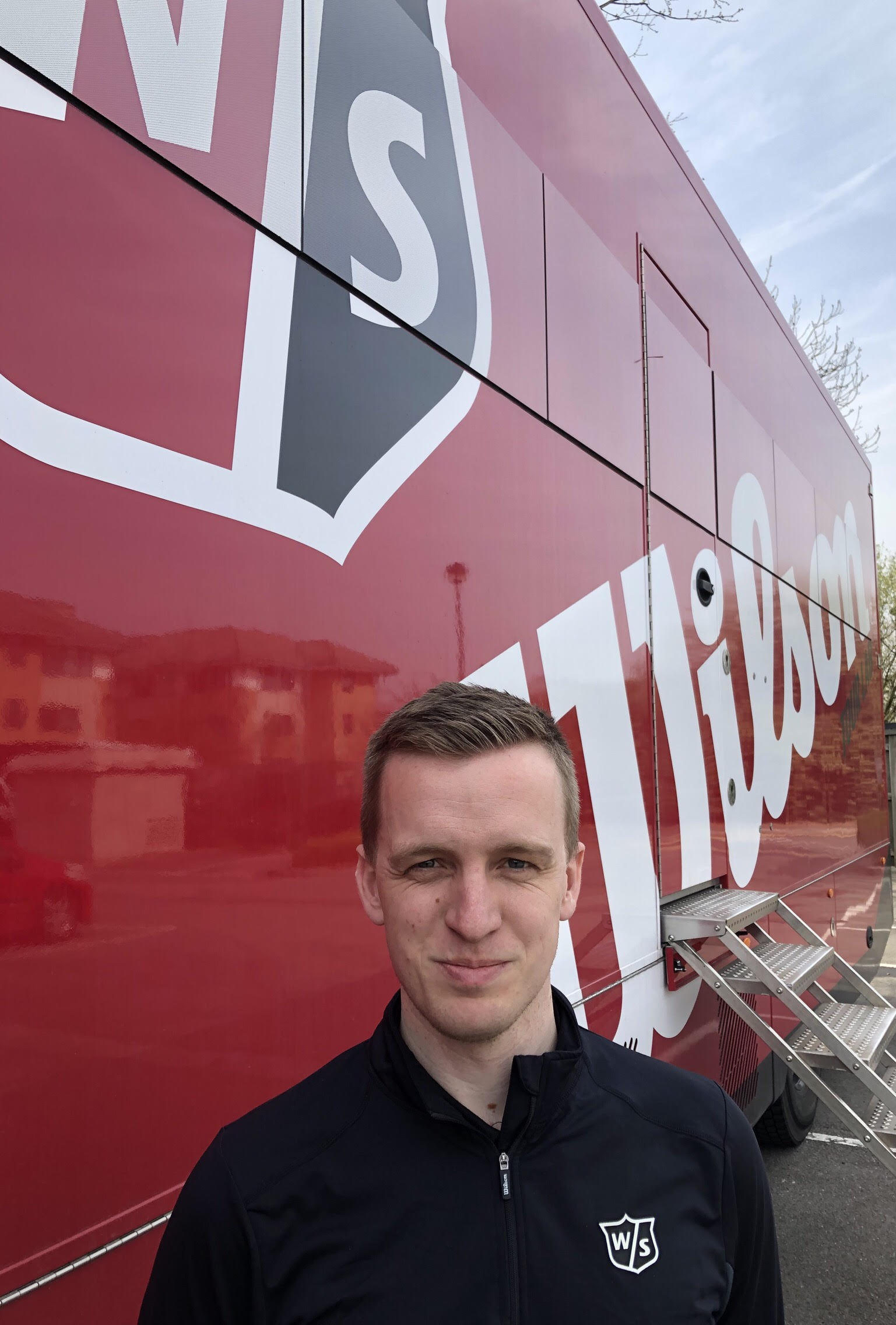 Wilson Golf has strengthened its behind-the-scenes Tour support services with the re-appointment of renowned club builder Duncan Finch as its new European Tour Technician, nearly a decade after he first worked for the brand.

Beginning his career with Wilson Golf as a UK Technical Representative in 2009, Duncan takes up his new position immediately and will be out on the road supporting Advisory Staff members at major European and Challenge Tour events, assisting the Demo Team and managing the Social Media accounts.

He re-joins Wilson from helping to set up a fitting and teaching facility at Core Golf in Oxford, specialising in grip, shaft and putter fittings. The Wilson connection continued in that role as Duncan suggested and supplied three-time Major champion and Wilson staffer Padraig Harrington with undersized leather grips for his FG Tour V6 irons in 2016. The following week Padraig won the Portugal Masters for his 15th victory on the European Tour.

Duncan, who held several technical fitting roles at major manufacturers within the golf industry prior to Core Golf, said: “I’m really happy to have re-joined Wilson at a time when the brand is really producing great product. I’m also looking forward to working with such a talented group of Tour players.”

Commenting on the appointment Global Commercial Director, Doug Wright said “We’re delighted that Duncan has decided to re-join Wilson Golf. His experience of working with Tour players over the years and fitting them into title-winning clubs is fantastic for Wilson Staff. He brings a huge amount of skills and knowledge to the business and I’m totally confident that alongside Tour Manager Phil Bonham, he can take the brand to the next level”.

He will also support a host of talented players on the European Challenge Tour playing Wilson Staff woods, irons and wedges. This group includes Richard Mansell, who was selected for the European team in the 2017 Arnold Palmer Cup; James Allan, a winner of the Abu Dhabi Open on the MENA Tour in 2015; Jack Senior, who won the SSE Hydro Scotland title four years ago; and William Harrold, winner of the Belgian Challenge Tour event in 2016, who now plays on the WEB.COM Tour.