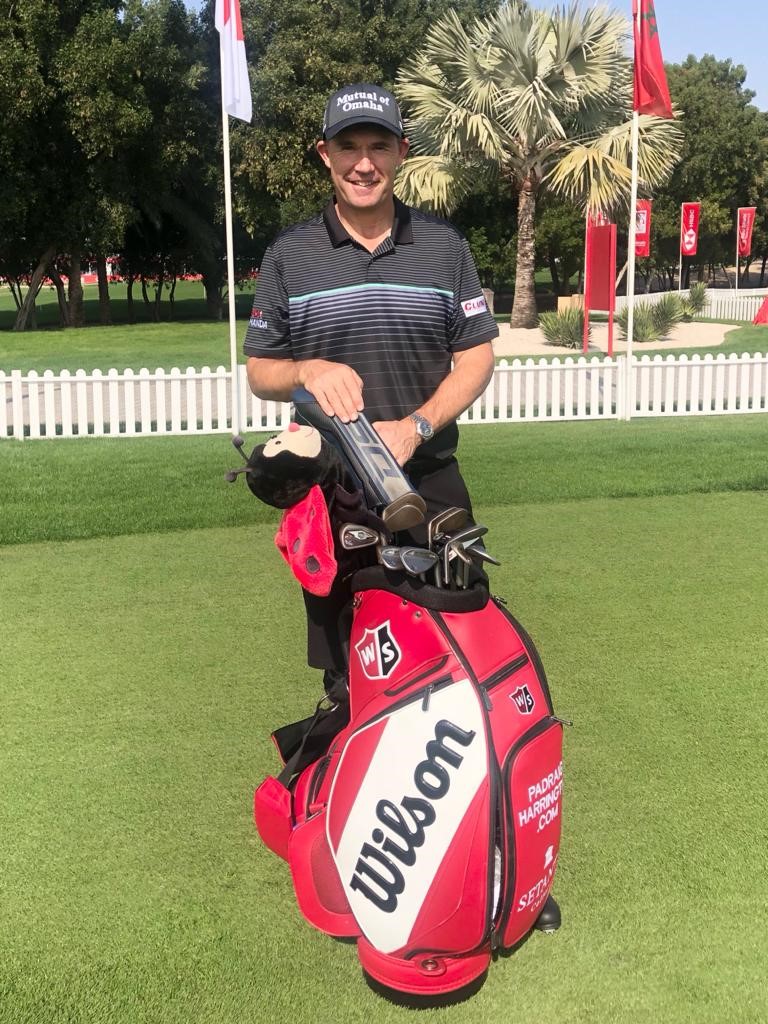 Wilson Golf, the brand with more Major wins with its irons than any other, has announced its strongest Advisory Staff line-up in more than a decade, with three Major winners and several Tour champions playing its latest clubs on a global basis this season.

In total, they boast no fewer than 42 victories between them on the European and PGA Tours.
Three-time Major champion Padraig Harrington, who is set to lead Europe into Ryder Cup battle at Whistling Straits in September, has signed another multi-year deal with Wilson – making it his 23rd year with the brand and one of the game’s longest running partnerships.

Paul Lawrie, the last Scotsman to win The Open Championship in 1999, also continues his long association with Wilson. He is the first Advisory Staff member to switch to the advanced 4-piece Urethane Staff Model ball, which he will play on the PGA Champions and Legends Tours.

Gary Woodland, who captured the US Open title shortly after signing with the brand in 2019, will be playing and promoting Wilson on the PGA Tour with the irons he made famous at Pebble Beach.

The increasing Wilson presence on the European Tour sees six other players signed to multi-year deals. They include 2018 Nordea Masters Champion Paul Waring, who has played Wilson clubs since 2015 and rose to a career high 66th in the world rankings last year.

Frenchman Benjamin Hebert joined Wilson in 2019 and had a breakthrough season, rising to a world ranking of 89. Last year, he finished T3 in the ISPS Handa UK Championship and earned a top-20 finish in his first WGC event in Mexico.

Following impressive performances during the 2020 season, Englishmen Richard Mansell and Jack Senior will also continue to play Wilson clubs. Mansell joined Wilson straight from U.S. College and secured a place in the top tier of European golf after finishing fourth on the Challenge Tour Order of Merit. Former Walker Cup player Senior had four top-20 finishes on the European Tour last year after earning his card the year before.

Playing Wilson clubs alongside Gary Woodland on the PGA Tour once again will be Brendan Steele, Kevin Streelman and Kevin Tway, using a mixture of Staff Model irons and wedges carried in the distinctive Wilson red Tour bag.

On the Ladies European Tour, Finland’s Sanna Nuutinen and Spain’s Nuria Iturrioz both finished inside the top-10 in the 2020 Race to Costa Del Sol and will be playing with Wilson clubs once again this season.
Continuing its legacy in supporting emerging players, Wilson has also signed David Langley to play its clubs on the EuroPro Tour in 2021. Having turned professional last season, he won the Mena Tour to get a wild card into the Omega Dubai Desert Classic event.

“This is without doubt our strongest and biggest Wilson Tour line-up across the men’s and women’s game for many years and we’re really excited to see how the players perform with our new Staff Model clubs and the Staff Model balls this season,” said Doug Wright, Global Commercial Director of Wilson Golf.

“The range of Wilson players’ clubs this year is also the strongest it’s ever been, with irons to suit every golfer – from the Tour pro to the higher handicapper. Also, the Tour quality of the new woods, wedges and balls is a testament to all the hard work undertaken in the Wilson Innovation Centre in Chicago and it promises to be a great year for the brand,” he added.