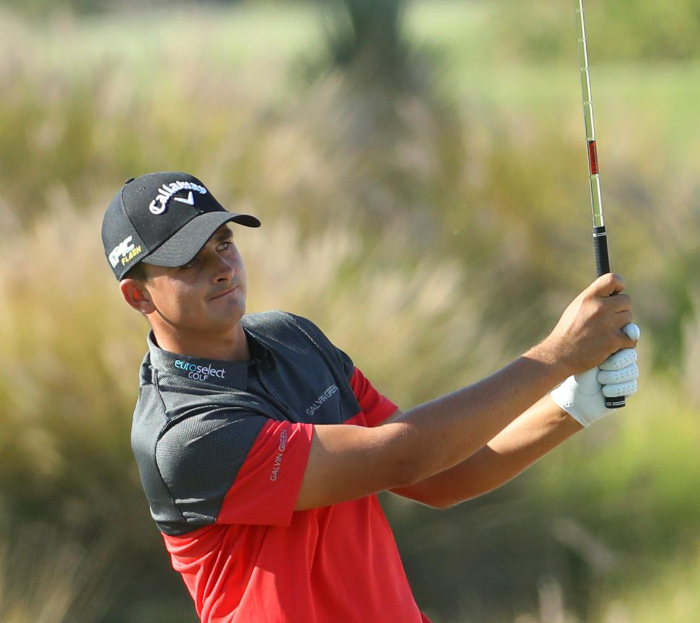 Christiaan Bezuidenhout, the South African star who finished tied-second at the Commercial Bank Qatar Masters last weekend, has become a brand ambassador on the European Tour for the UK’s EuroSelect Golf retail group.

The 24-year-old, who has made an impressive start to the 2019 season and been a regular on the European Tour over the last two seasons, featured the EuroSelect logo on his Galvin Green clothing for the first time at the Doha Golf Club last week.

Commenting on the new partnership, EuroSelect Managing Director Terry Sims said: “The timing was almost perfect, as Christiaan came within two shots of winning his first European Tour title! But we’re thrilled to sponsor and align the EuroSelect group with a player of such standing on Tour in partnership with Galvin Green. We believe the signing to be the first of its kind for a group that sets out to deliver top quality retailing in golf and look forward to seeing Christiaan in contention at more Tour events this season.”

Bezuidenhout turned pro in 2015 and burst onto the golfing scene with a 2nd place finish in his native BMW South African Open at the beginning of 2016. Since signing with Modest! Golf a year later, he’s worn clothing from leading technical golf apparel brand Galvin Green and he commented: “I am very proud to have been working with Galvin Green for over two years and I am excited to further enhance this relationship by representing the EuroSelect Group, a key retail partner to Galvin Green, on the European Tour this season.”

Greg Pearse, Managing Director of Galvin Green in the UK & Ireland, added: “This new partnership really emphasises our close relationship with EuroSelect Golf and we’re excited to work even more closely with EuroSelect, Christiaan and Modest! Golf in the season ahead. Christiaan is an exceptional talent who really embodies our never compromise ethos. Despite the tour ‘chasing the sun’, players like Christiaan experience different weather conditions every week and we’re very proud that he chooses Galvin Green to help him perform.”

Niall Horan, Co-Founder of Modest! Golf said: “We are delighted to further strengthen the relationship between Galvin Green and our business with today’s announcement of Christiaan’s partnership with EuroSelect. Christiaan is a very proud ambassador of Galvin Green and we look forward to seeing him represent the EuroSelect Group this season on the European Tour”.

Director of Modest! Golf Mark McDonnell added: “We are thrilled that Christiaan has linked up with EuroSelect, as they have an incredible reputation in the golf retail market, having long been viewed as the leaders in providing advice, service and value to golfers across the UK.