SEVE: His Life Through the Lens book on-sale tomorrow 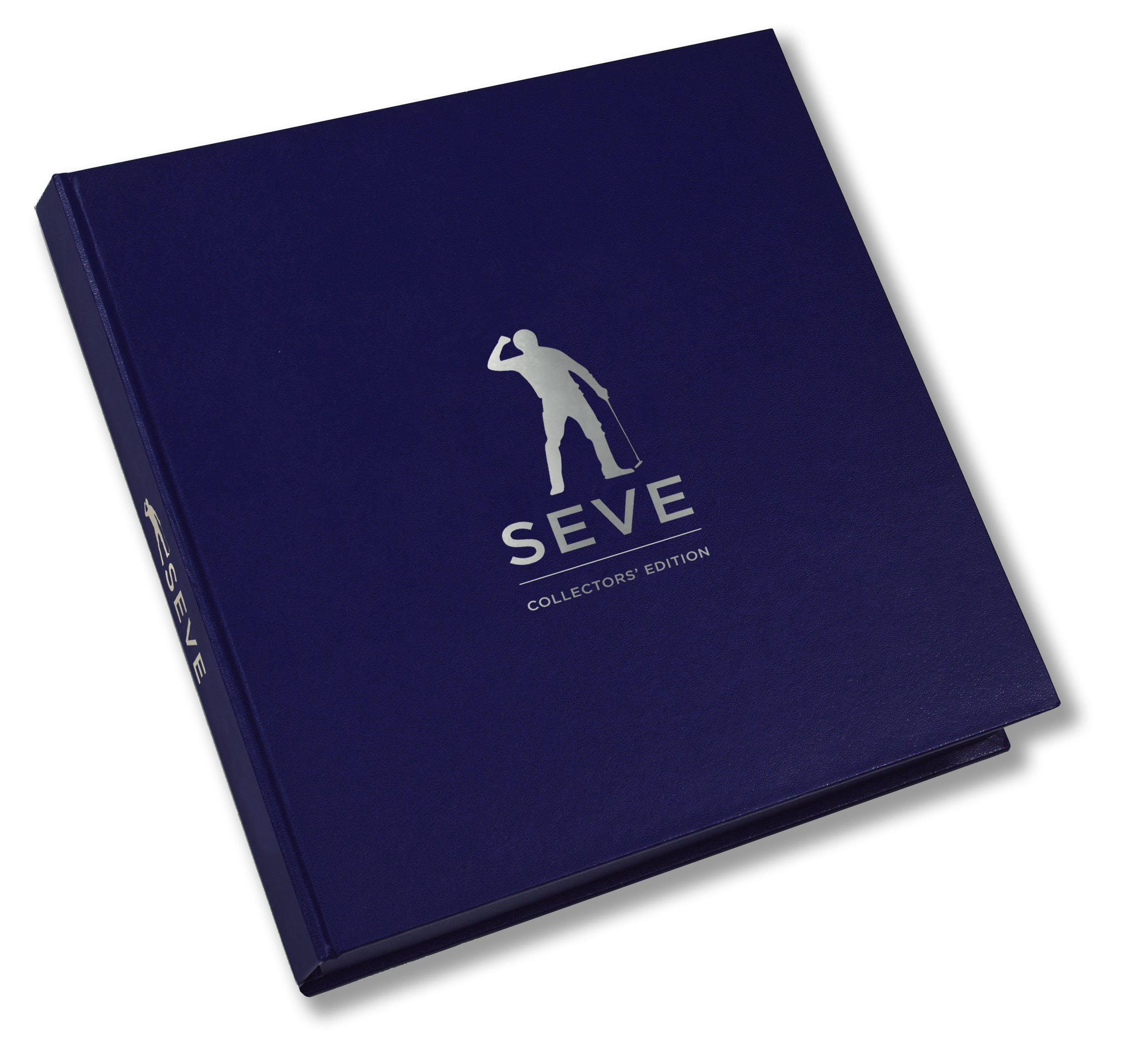 A stunning new book about the life of Severiano Ballesteros, Europe’s most charismatic golfer, is published tomorrow to coincide with the tenth anniversary of his tragic passing.

The R&A and European Tour supported book Seve: His Life through the Lens has been compiled by Getty Images award-winning photographer David Cannon, doyen of golf photographers and long-time admirer and friend of the colourful Spaniard and former world No.1, who died aged 54 on 7 May 2011.

The book opens with a moving ‘Thank You’ letter written by Seve’s eldest son Javier and on behalf of his brother Miguel and sister Carmencita. The Ballesteros family have also generously supplied a number of previously unpublished ‘family portraits’ of them with their father.

Each chapter begins with a story by renowned golf writer Robert Green, author of two books about Seve, and includes a ‘Moment in Time’ piece by David where he reveals some of the background stories behind many of his favourite images of Seve.

In an extract from the book, Seve’s great friend José Maria Olazábal pays this tribute: ‘I am looking at two special pictures and thinking about one very special friend. I remember it clearly (Pedreña 1984) as it was the first time I ever met Seve. I was just 18 and so of course was in awe of ‘Seve the player’ – the four-time Major champion – but the strongest impression I gained from that day was of his presence and warmth as a person. 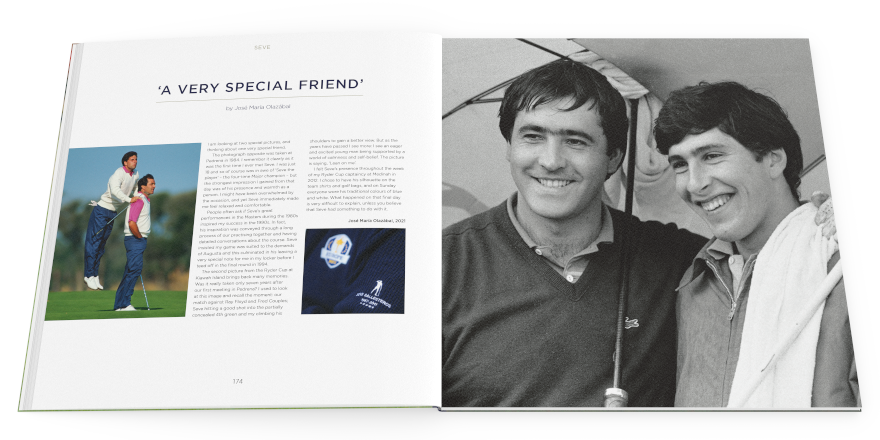 ‘The picture from the Ryder Cup at Kiawah Island brings back many memories. I see an eager and excited young man being supported by a world of calmness and self-belief. The picture is saying: ‘Lean on me’.

The book also features comments from six-time Major winner Sir Nick Faldo, describing how his great rival acquired legendary status in the game. ‘Considering we were fierce rivals and two very different personalities, Seve and I spent quite a bit of time together during our early years on tour. We played many practice rounds together and would often watch each other on the range. 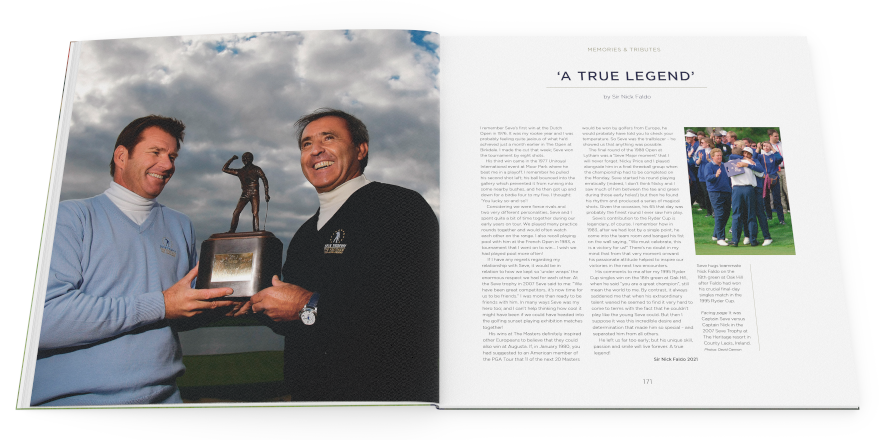 ‘His comments to me after my 1995 Ryder Cup singles win on the 18th green at Oak Hill, when he said, “you are a great champion”, still mean the world to me.’

As well as photographs from David’s portfolio and Getty Images’ archives, the book features many of the finest action images and portraits taken by other renowned golf photographers.

“This book would not have been possible without the support of many incredible people,” said David. “Seve was a true global icon and I’ve seen him and photographed him in many parts of the world, but it’s the friends I’ve made along the way who have contributed images to this book I’ve never seen before and that is what makes it so special. I hope the Seve fans around the world enjoy the book as much as I did putting it together,” he added.

Martin Slumbers, CEO of The R&A, commends the book as an insight into a golfer who ‘captivated a continent and transformed the sport in Europe’, while Keith Pelley, CEO of The European Tour refers to ‘a wonderful collection of images and insights into Seve Ballesteros who was European golf and without question a legend, but also the most charismatic golfer of all time.’

His former caddie, Billy Foster sees the book as a fitting tribute to “the last of the great shot makers and the ultimate warrior, the pied piper who captivated crowds with his magical short game that was second to none.”

Published by Vision Sports Publishing, the award-winning specialist publisher that has produced acclaimed historic books across tennis, rugby and football, Seve: His Life through the Lens retails at a RRP of £35 per copy, or a Collectors’ boxed version which is only available through the website below at £95. This special limited run edition of just 1,000 sets includes a numbered art print (285mm x 210mm) of the front cover image of Seve winning The Open at St Andrews, signed by David Cannon.

For more details about the book and the Collectors’ edition, please visit: www.sevethebook.com