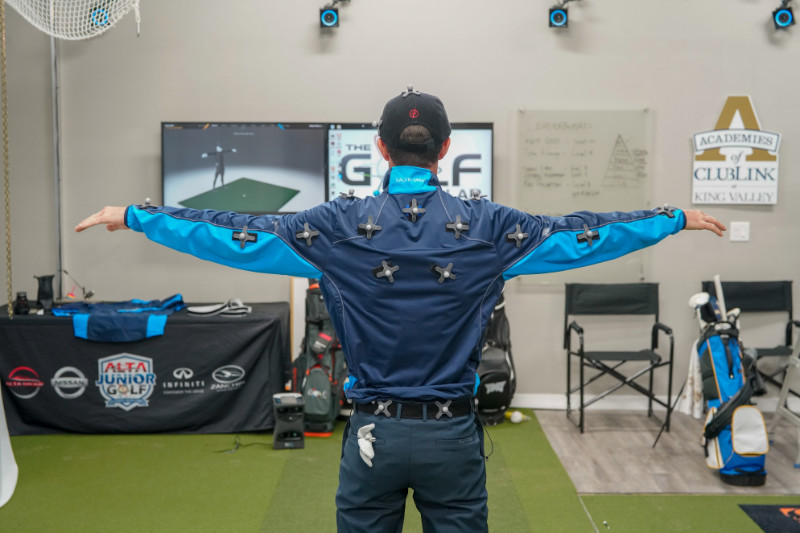 To give Team Europe the best chance of retaining The Ryder Cup this month, Galvin Green has subjected the waterproof and windproof jackets worn by the European players in Paris to the most exhaustive tests ever undertaken by a garment manufacturer in the golf industry.

In addition to the comprehensive scientific and on-course play testing associated with its GORE-TEX® waterproof garments, the Official Supplier of Weatherwear to Thomas Bjørn’s team commissioned independent analysis of the level of restriction to the swing, once one garment is added to another as the weather conditions change.

According to results from The Golf Lab in Toronto, the addition of THE ALBATROS Super Stretch waterproof jacket with C-KNIT® backer to the UP WIND Interface-1™ hybrid jacket worn over a polo shirt accounted for less than 2 degrees (1.14°) of rib cage rotation degradation and a loss of no more than 1 mph (1.06 km) in club head speed.

“Given the general perception of how much the swing is restricted by  adding a rain jacket, less than 2 degrees of degradation is really an insignificant amount,” said Carson Hau, Director of Technology at The Golf Lab, who analysed more than 300,000 data points to reach his conclusion.

Ten accomplished golfers took part in the testing process, including scratch Canadian PGA and category-1 players. They each hit balls for two hours with their regular driver to ensure full swings were maintained during the trial. An optical tracking system using eight cameras captured a 3D motion at 2,400 images per second, while body sensors calibrated to two-tenths of a millimetre made it possible to accurately measure ribcage rotations as club head speeds hit 100 mph.

“The 10 players who took part and the staff who devised the tests were amazed by the lack of restriction in the swing, as they’d anticipated at least 4-5 degrees of degradation and much slower club head speeds,” said Liam Mucklow, founder of the Golf Lab who has worked with European Vice Captains Padraig Harrington and Graeme McDowell. “I’ve never heard of a garment company that uses objective technology to perform human-based trials to evaluate the degree to which a garment changes the golfer’s swing, but Galvin Green deserves great credit for its no compromise approach,” he added.

In addition to the long-sleeve rain jacket, European players also have the choice of the short-sleeved jacket, incorporating the same waterproof with GORE-TEX® Super Stretch fabric that is entirely new to golf and provides at least four times more stretch than previous versions.

THE ALBATROS (named after the Le Golf National Championship course) full-zip jacket and the FORWARD (1st hole) short sleeved jacket also feature the smooth ‘slide & glide’ inner material of the C-KNIT® fabric and are extremely lightweight and breathable. Both jackets include the event logo.

They are complemented by THE JUDGES (15th), a matching pair of waterproof trousers in GORE-TEX® fabric with the C-KNIT® backer for a smooth ‘slide & glide’ experience when worn over other trousers. A GORE-TEX® Super Stretch panel is located close to the back belt loops to assist when bending over putts, while an elasticated waist and drawstring provides the perfect fit. The distinctive image of the Ryder Cup trophy is displayed on the left knee.

Completing the outerwear set from Galvin Green is the versatile UP WIND (9th) hybrid Interface-1™ jacket – a super soft, quiet garment suitable for 95 out of 100 rounds played in standard conditions, offering complete windproof protection and a water-repellent finish.

“With our extensive product development and testing work, we’ve gone all out to help Europe recapture the famous trophy and are going for the win,” said Christian Nilsson, CEO of Galvin Green. “If conditions are wet, then our rain suits will help the European players to concentrate on their game. But if it gets very windy, then the Interface garment will come into its own,” he added.

The latest Galvin Green Ryder Cup collection can be found at: www.galvingreen.com.