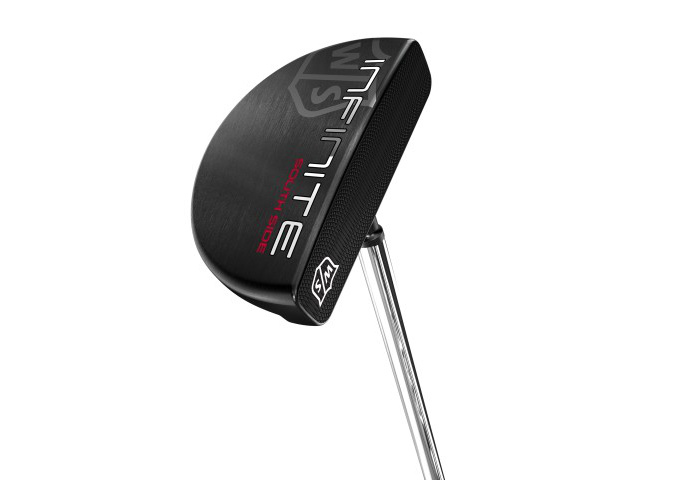 The new putters (three blade and three mallet) are all named after landmarks and neighbourhoods in the brand’s home city of Chicago – Windy City, Lake Shore, Michigan Ave, Grant Park, South Side and The Bean. Featuring exclusive Counterbalance Technology, the putters combine a heavier head and grip weights, moving the balance point closer to the hands for a smoother and more controlled putting stroke.

The South Side model has been used exclusively by three-time Major Champion Padraig Harrington for the past three seasons. The centre-shafted mallet putter helped the Irishman win the 2015 Honda Classic on the PGA Tour and the 2016 Portugal Masters on the European Tour to take his worldwide professional wins to 31.

“The INFINITE putter range is now very much an established part of the Wilson Staff brand that features Tour winning technology,” said Global Commercial Director, Doug Wright. “The new range has a standout design based on feedback from our Wilson Advisory Staff members which really catches the eye from the grip, all the way to the finer details on the head,” he added.

The latest range of putters also feature a black anti-glare finish to accentuate the sight lines that have been stripped back to improve alignment at address. The Double-Milled Face that promotes consistent impact, roll and distance control also features the famous Wilson Staff shield in the striking appearance.

Another exclusive design feature is the new Wilson Staff Counterbalance putter grip. The perforated pattern and oversize design construction provides an improved and stable feel and limits rotation during the stroke. The heavier (104g) grip helps create the counterbalanced feel.

The new grips, as well as the headcovers, come in a strong Black and white colour contrast with standout attention to detail highlighted in the brand’s traditional Red colourway.

In addition, the INFINITE series includes the Windy City model in a trendy Glacier Blue and white-coloured women’s option, designed to fit female specifications and characteristics. There are also left-handed versions available in the Windy City model for both men and ladies.

The Wilson Staff INFINITE putter range available at selected retailers from January 2018 at an RRP of £95 each.