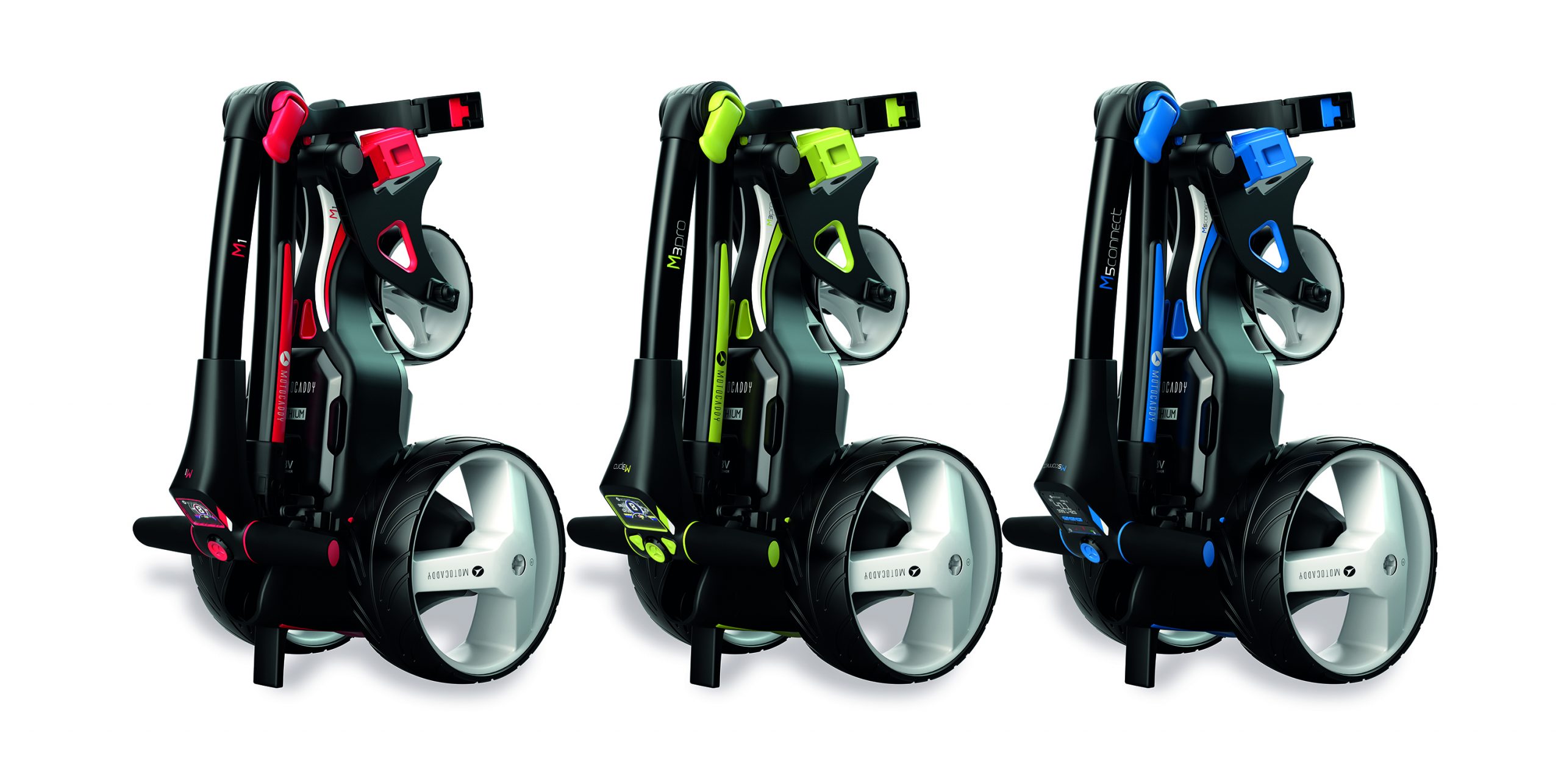 Motocaddy, the world’s top-selling golf trolley brand, has registered record sales of the compact-folding M-Series range since its launch last summer, with the power of the pioneering 28.8V drive system enhancing the brand’s strong reputation for performance reliability.

Combined with the whisper-quiet 230W motor and high-quality Lithium battery, the M-Series package has captured the imagination of the golfing public in a short space of time like no other trolley line produced by the company before.

Running at a significantly higher voltage than traditional 12V trolleys, the M-Series’ 28.8V super-efficient drive system allows vital components to be tuned to work less hard than the traditional systems found in most other trolleys on the market, but still achieve better performance. The result is unrivalled power – more than twice as much as competitor trolleys – and more torque (grip) going uphill.

“Sales numbers for the M-Series range have been really super-charged since its launch,” said Sales Director Neil Parker. “It took two years to develop the innovative power technology that optimises the trolley’s drive system, but both our stockists and their customers have really bought into the benefits, as well as the attractive and practical features, such as the water-resistant battery.

“Based on the level of exceptional reliability shown from the new power system, golfers who purchase an M-Series model can count on a longer life-cycle for the trolley than other models on the market, plus effortless performance on the golf course,” he added.

In addition to its reliability, the new streamlined M-Series boasts a significantly reduced folded footprint that is 11% smaller than other compact-folding models on the market. Along with its modern design, the M-Series offers a new super-lightweight and waterproof Lithium battery that is lighter, 33% smaller and more than 30% more powerful than its nearest rivals. The battery-to-frame connection features specially-designed seals to maintain its protection from even the harshest of elements.

“We’ve prided ourselves on introducing pioneering technology to the powered trolley market over the past 15 years and the M-Series is undoubtedly the most complete and powerful trolley range on the market,” added Neil.

Other features across the M-Series include a soft-touch ergonomic handle, fully adjustable to any height by hand; an integrated safety cut-out system; an auto-open stand mechanism; plus Motocaddy’s exclusive EASILOCK bag-to-trolley connection system, which removes the need for a lower bag strap. It also features a new oversize frame to provide unprecedented handle stability.

For more information on all Motocaddy trolleys, bags, batteries and accessories, please visit www.motocaddy.com. You can also follow all the latest news on our social media channels @MotocaddyGolf on Twitter and @Motocaddy on Facebook.