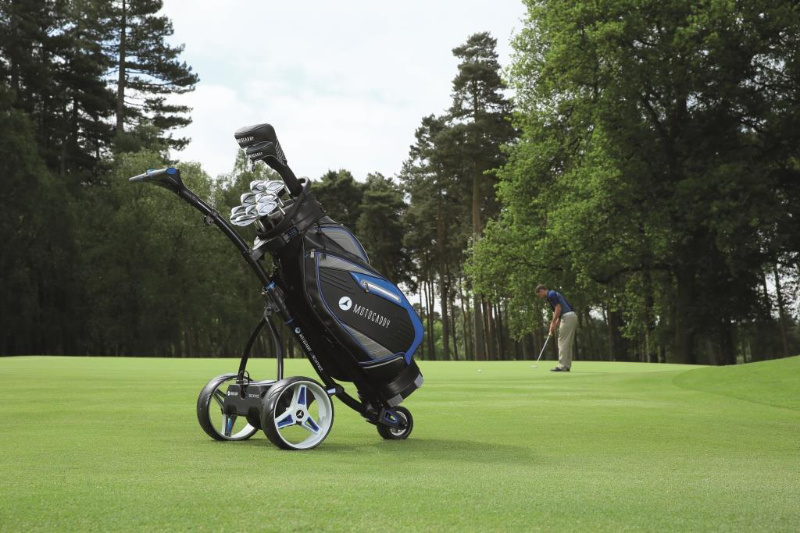 The free cart bag promotion run by Motocaddy in the lead-up to Christmas was so popular with golfers that it’s been credited with lifting electric trolley sales in the UK to their highest ever level for a single month.

According to the latest industry retail figures from Golf Datatech*, more electric trolleys were sold during November 2017 than any other month before and the widely supported bag promotion also registered record uptake numbers.

Claims for free bags were 62% up on the previous ‘free bag’ promotion ran by the world’s top-selling trolley brand five years ago and 39% up on claims from its pioneering Lithium Cashback Promotion in 2015.

“These numbers demonstrate just how successful the latest promotion was and we have no doubt that our free bag initiative drove the record number of trolley sales in November,” said Sales Director Neil Parker. “We’re delighted to have helped our trade customers reduce their stock levels and benefit from valuable sales at such an important time of year,” he added.

Motocaddy’s biggest ever bag promotion began on Tuesday 7th November and ran up to Christmas Eve, offering any golfer purchasing a Motocaddy trolley with a Lithium battery, a free cart bag worth up to almost £200.

“The response from golfers across the country was fantastic and we’re also really pleased to see the unprecedented demand across the full Motocaddy range, from the award-winning S1, through to our compact-folding M-Series models and the brand new S5 CONNECT ‘Smart Cart,’” added Parker.