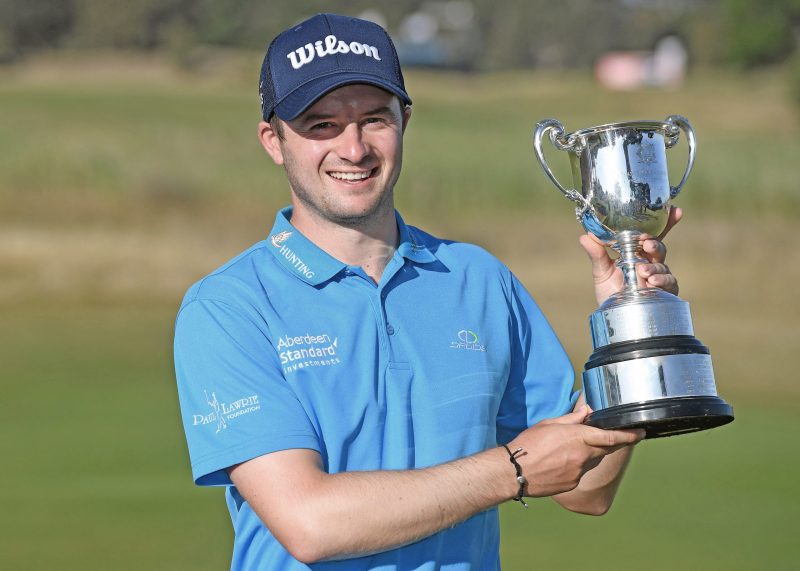 The Challenge Tour graduate from Aberdeen, who signed a multi-year deal with Wilson in November, commented on winning his first European Tour title in only his fifth event: “It’s massive…it’s not something I expected. I’ve been loving the events I’ve played in so far. To have won today, it sort of changes things.”

“David’s stunning victory in Australia so early in his Rookie season validates the strategy Wilson has followed in recent times to support the most promising players, as well as established European Tour stars, said Doug Wright, Global Commercial Director of Wilson Golf.  “Now he ranks alongside Paul Waring and Joakim Lagergren, who both won their first European Tour titles with Wilson Staff clubs last year,” he added.

Five shots off the lead at the turn in Victoria, having called a penalty on himself at the ninth when he accidentally moved the ball, Law was still three shots from the lead at the 16th hole. He then delivered an impressive birdie, par, eagle finish to capture his maiden European Tour title by a shot and a final score of -18 on the 13th Beach Golf Links.

Law signed with Wilson after his best-ever season on the European Challenge Tour, where he had 12 top-25 finishes in 24 events, including winning the SSE Scottish Hydro Challenge at the McDonald Spey Valley resort in June. He turned pro soon after winning the Scottish Amateur title for a second time in 2011 and won his first professional tournament at the 2012 Dar Es Salam Open in Morocco.