Christiaan makes it a hat-trick of wins for Galvin Green 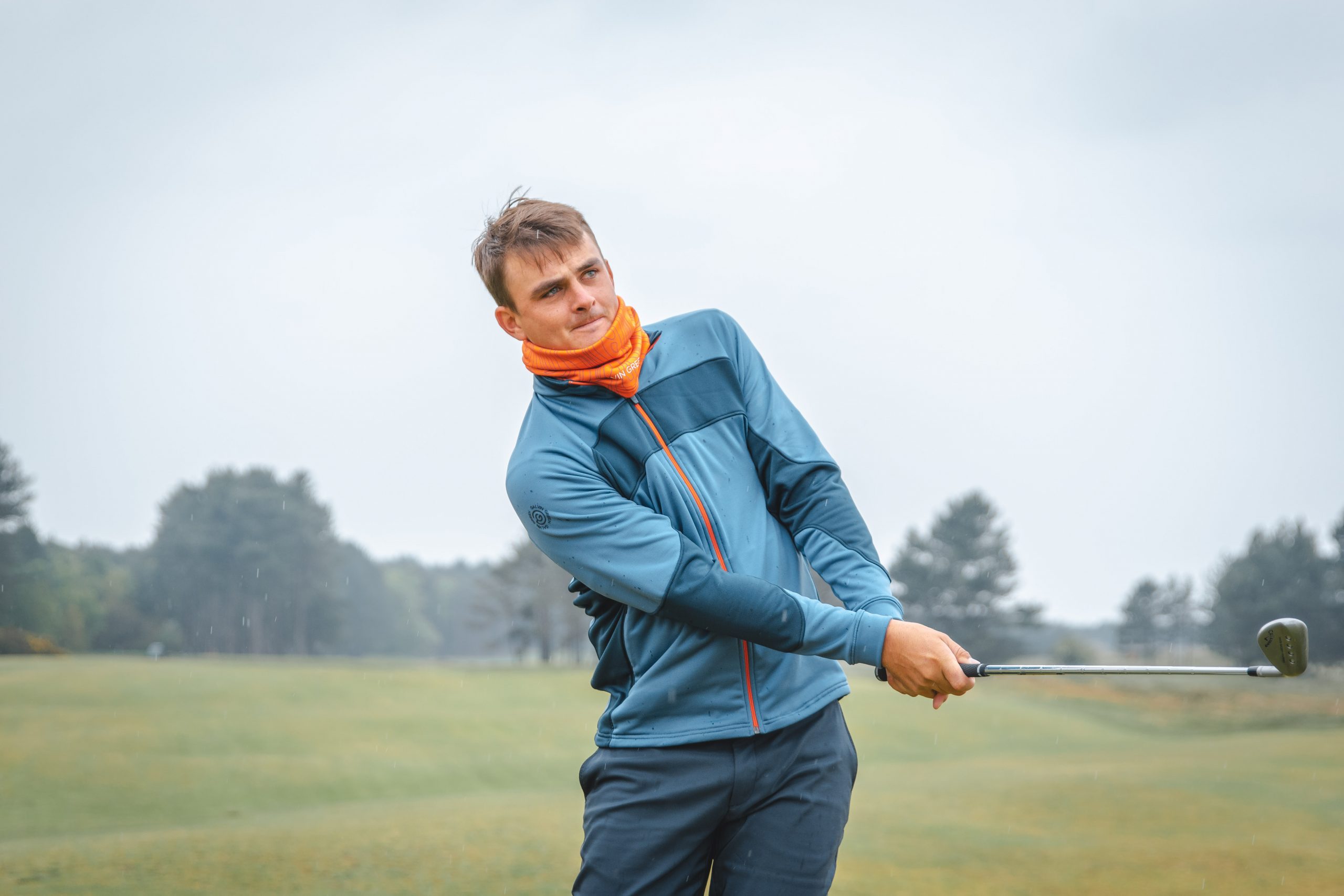 Christiaan Bezuidenhout made it a hat-trick of European Tour victories this season for Galvin Green’s partnership with the Modest! Golf Management stable of promising young golfers when he cruised to victory in the Andalucía Masters at Real Club Valderrama last weekend.

The 25-year-old South African held his nerve to win a maiden Tour title in his 57th event by six shots and gain a prized spot at next month’s Open Championship at Royal Portrush – adding to the two victories of stable companion Guido Migliozzi who captured the Kenyan Open in March and the Belgian Knockout title last month.

Bezuidenhout and Migliozzi were the first players managed by Modest! Golf to sign with Galvin Green in 2017 and have been prominent in promoting the leading apparel brand’s premium garments over the past two years.

During his final round at Valderrama, when temperatures on one of the toughest courses in Europe were close to 30°, Christiaan wore the ideal cool layer combination of a highly breathable VENTIL8™ PLUS shirt in white and black trim (MONTE) and black trousers in stretch fabric with moisture management and a waistband with a shirt gripper inside (NOAH), plus a leather belt (WAYNE) in black.

“Christiaan’s story is so inspirational and the way he conducted himself under pressure from more experienced Spanish stars like Jon Rahm and Sergio Garcia over the entire weekend was really impressive,” said Nicholai Stein, Global Brand Manager of Galvin Green.

“Both Christiaan and Guido are outstanding Galvin Green ambassadors and we couldn’t have asked for better testimonials for the performance of the garments that they wore for all three of their wins this season.

“Our partnership with the Modest! Golf team goes from strength to strength and the support that Niall Horan and the Modest! Team have given us during the past two years has helped to lift the Galvin Green profile to new heights around the world,” he added.

Commenting on his clothing, Christiaan said: “I just love wearing the Galvin Green outfits, which not only perform so well in all weather conditions, but the VENTIL8™ PLUS range is both smart and stylish and I have no doubt that it helped me keep cool throughout the week, he added.”

His maiden victory makes it five wins in the past two years for Team Galvin Green players on the European Tour, including Migliozzi, Alexander Bjork, Chris Paisley, plus Troy Merritt added another title on the PGA Tour.

For details of the latest Galvin Green ranges, visit www.galvingreen.com.