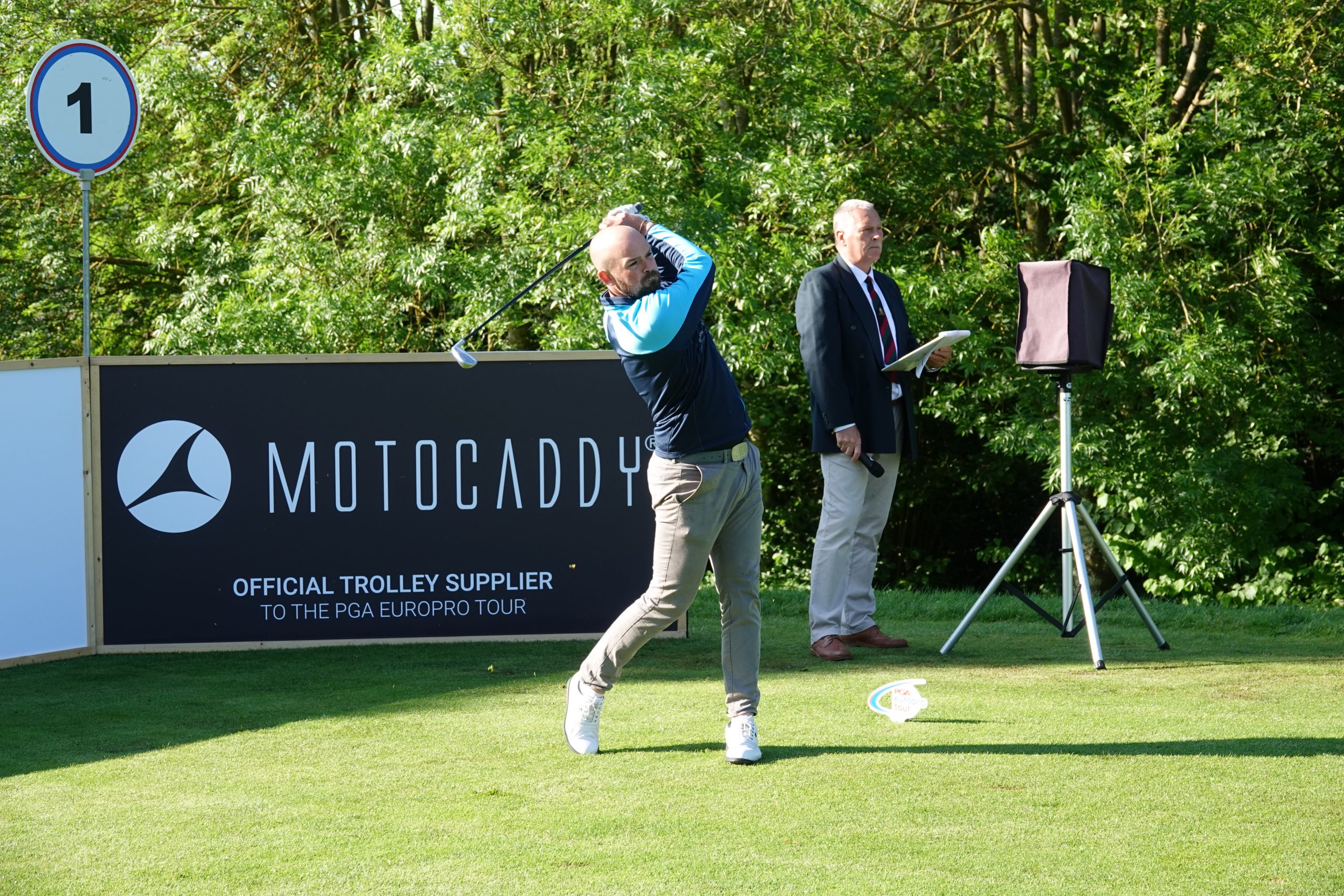 Competitors in the PGA EuroPro Tour’s Motocaddy Masters staged at the Macdonald Linden Hall Golf & Country Club, Northumberland this week (3-5 July) will be shooting for a podium of prizes from the world’s top-selling trolley brand.As well a first prize of £10,000 and a compact-folding M3 PRO electric trolley with Lithium battery for the Motocaddy Masters champion, the runner-up will receive a new 2019 S1 Lithium model, while the player in third place will take home a popular P1 push trolley.

A two-hour highlights show will be shown on Sky Sports, DAZN and more than 140 other broadcast networks around the world reaching over 450 million households.

With direct access to the Challenge Tour through the final Order of Merit, the PGA EuroPro Tour offers players over £1 million of prize money this year and the top five golfers at the end of the season are awarded a category on the 2020 Challenge Tour.

Providing vital experience of life on tour, players are competing in 15 events at some of the UK and Ireland’s premier golfing venues.The season concludes with the Tour’s top 60 players contending the Tour Championship.

As the ‘Official Electric Trolley’ of the Tour, the partnership between Motocaddy and the PGA EuroPro Tour is into its fourteenth consecutive season and the brand is supporting every other event with an M1 electric trolley with Lithium battery as a prize to the winner.

“We’re proud to have been partnered with the Tour from its early days and to have been on the same journey to where we are today is a real privilege,” said Motocaddy Marketing Manager Oliver Churcher. “Our global company ethos is in-line with where the Tour is in terms of worldwide exposure and we’re delighted to offer a bigger prize pot for the players at our headlined event,” he added.

“Motocaddy is the biggest trolley brand in the world and the support provided to us over the years is tremendous,” said Daniel Godding, CEO for the PGA EuroPro Tour. “The majority of players on our Tour use a Motocaddy trolley and I know the players look forward to the Motocaddy Masters every year. We’re delighted to host the event at Linden Hall for the first time and we thank Motocaddy for their support,” he added.

The Motocaddy Masters is part of a new four event mini-series – the Macdonald Series – the winner of which is determined by the player who wins the most money across all four Macdonald events combined.

For more information on all Motocaddy trolleys, bags, batteries and accessories, please visit www.motocaddy.com or for more on the PGA EuroPro Tour go to www.europrotour.com.